The Super Villa in California was home for a celebrity couple famous for a hit TV series in the 1980s. The couple loved to entertain and wanted a private luxury villa where they could relax and enjoy evenings with other celebrity friends. Further to that the client has an extensive collection of artworks and possessions that predominantly date from the 1980s. Thus it was decided that the house should have a contemporary 80s theme that would not only compliment the clients things but also to celebrate the “golden” period from which the client has much association with.

The site is on a rare flat area of what is actually a relatively hilly suburb, the overall land plot is a combination of two lots, one housed the original dwellings and the other was the neighbouring land previously used as a tennis court. There were originally two dwellings on the site. One was the original 1960’s house and next to that was a newer house built by the client in the 1980’s. The 1960’s house was mainly used as guest quarters and being very period and original has been retained as the staff quarters. The 1980’s house no longer worked for the client despite being lavishly appointed. Thus the building was to be demolished to make way for a new Dream Wolf house.

Demolishing the old house was not however a complete waste, as many quality fittings and materials were recycled and reused. Many large slabs of marble were used as feature wall panels as seen flanking the main entry door which was then highlighted with a minimalist bronze frame. The Main building shell is rendered in an off white cement render. Within the shell is a solid double brick structure clad in a variety of sand stone and travertine tiles.

The main challenge was introducing cues to the 80’s as per the clients wish without creating a style that looked dated and out of place. In this regard Wolf Architects focused a lot on the material palette. Key moments and spaces make use of retro slabs of marble with brass or bronze detailing. Throughout the exterior and interior are two toned themes which emphasise the black and white checker-board fashion of the 1980’s. This is particularly highlighted in the master bathroom, where dark charcoal grey was used instead of black to bring a more contemporary feel.

“ A sentimental statement to last a lifetime…”

The kitchen area makes use of the original parquetry flooring of the previous home which in itself had already been recycled from a ballroom the clients used to frequent before it closed down. The finish was intentionally kept relatively rough and original to express the embodied memory of the material. Complimenting that was a semi-industrial looking kitchen with exposed steel posts and timber panelled ceiling. Purple glass splash backs further animate and compliment the vintage designer furnishings.

Scattered throughout the home are various small courtyards and fish ponds. The original native trees were also kept as they were on the property forming a reserve like garden which separates the main house and the guest wing. The rear of the building has a large swimming pool tiled in Italian mosaics. Framing the pool are perfectly flat manicured lawns, a bowls green and decking spaces, making it all great for entertaining – which the client loved to do. Parking for the owners cars and marine vessels was imperative but they also went as far as providing off street parking for their guests.

“ The conclusion of one era & the commencement of another…” 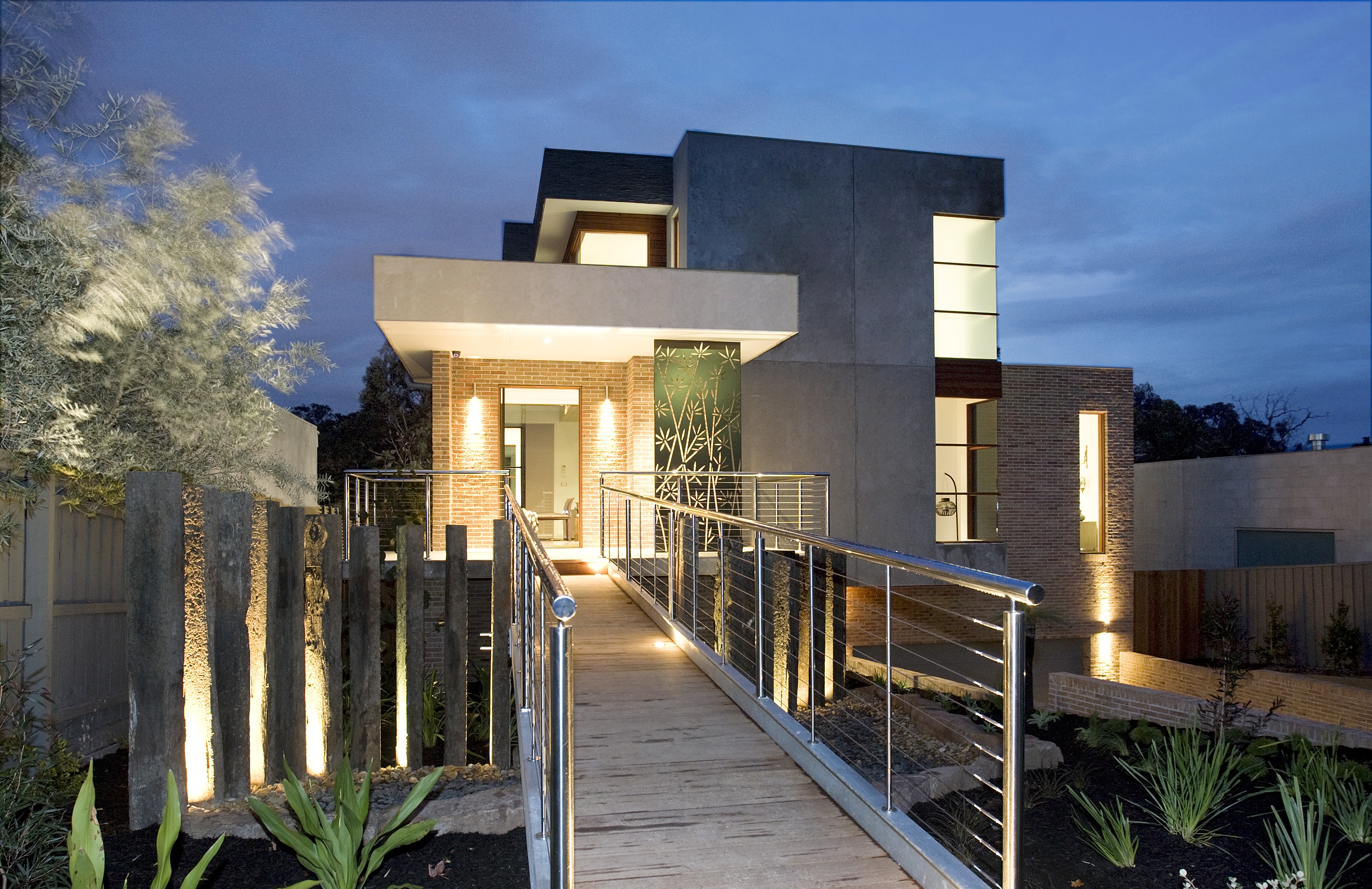