Taras Wolf went to boarding school at the United World College of SEA in Singapore. It was during that period over two decades ago that he designed his very first house through a subject called CDT (communication design technology). Headed by Mr Garrett Taras had his first taste of architectural training.

He recalls: “It was a wonderful class headed by an excellent teacher. Mr Garrett was a very encouraging and enthusiastic person. CDT was my absolute favourite class and I looked forward to every moment. The class also had some healthy competition to spur me on. Michael Liu was an extremely talented class mate and kept many of us inspired to achieve higher standards. My dreams and ambitions to be an architect were cemented during those golden years. I designed my first ever house in that class. I got an A for the subject and the portfolio from that project (which I still have), helped me get into University to study Architecture”.

Recently Taras returned to UWC for a 20 year reunion. He caught up with many old friends and teachers including Mr Garrett (who is still teaching CDT). It was awesome to see him again and stand before him as a man who had fulfilled  his childhood dream of being an architect. Michael Liu could not be there but still remains a close friend to Taras and an important design consultant to his practice.

Side note – A few newsletters back we asked you about a computer named Miles. In fact it was the computers owner who was named Miles. The movie from 1984 was called Electric dreams and Miles was an architect. 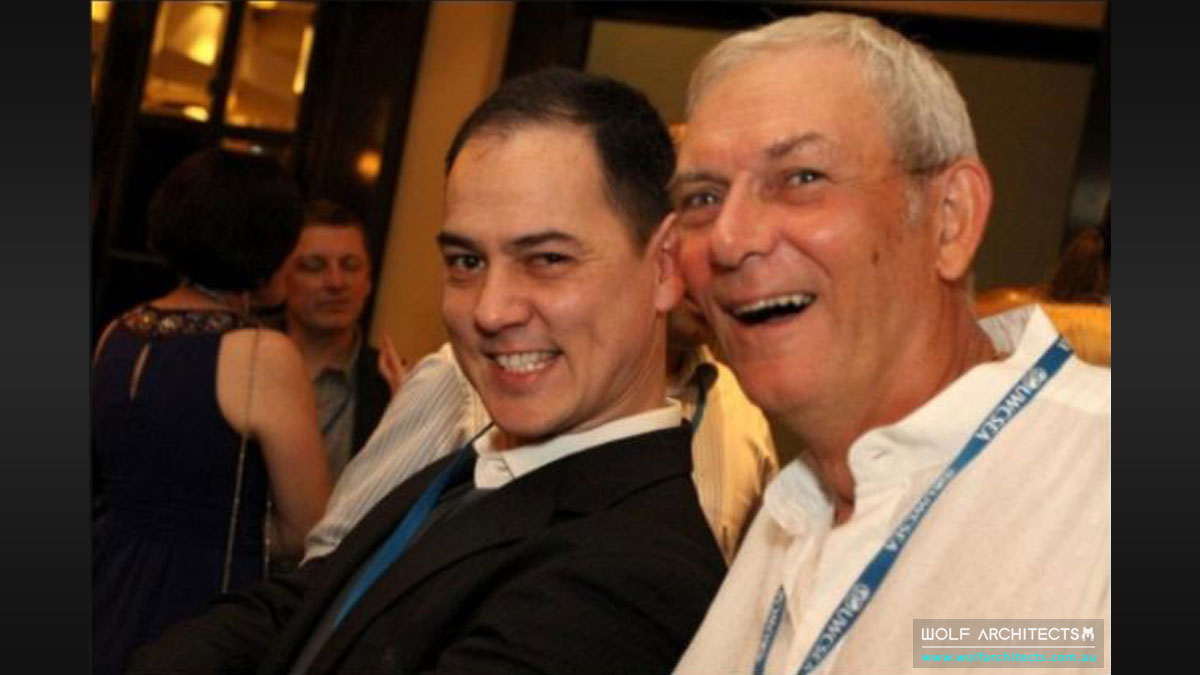