Failure is inevitably a part of the process towards success and unless you try you cannot fail. Taras Wolf believes in destiny and sees all failures and a part of his journey. Consciously or unconsciously they had to occur.

“In my youth I asked lots of girls on dates and whenever they said no I would thank them for directing me one date closer to the one who would say yes”.

Fear, frustration, impatience and nervousness are fortunately not a part of the WOLF vocabulary. WOLF ARCHITECTS as it is today would certainly never have been conceived without periods of trial and error. Prior to the practice being established in 2005, Taras tried himself as a graphic designer focusing on logos and office stationary. Following that he tried to sell his paintings and sculptures in various Melbourne galleries. With limited success he turned to renovating run down properties where he learnt navigate the complexities of heritage overlays and council. It was a difficult period where nothing seemed to prosper and eventuate to something larger and sustainable. Ballroom Dancing however did remain a positive constant throughout this period of failed attempts. While it did not prove to be a lucrative career it was enough to help pay the bills and sustain the period of trial and error.

Throughout this period spanning over a decade Architecture had a low priority. In fact it almost seemed that our Mr Wolf was doing all that he could to not be an architect. Yet despite his best efforts to hide from architecture it seemed he would inevitably return to fulfil his childhood ambition. While renovating old properties and working with lots of restraints in size, budget, and sometimes heritage overlays he realized that his greatest skill was in understanding how to get the most out of space; to change, adapt and make something out of nothing. Creative skills he always possessed but had left on pilot light with his architectural career. He was always good at Architectural design and it was time to relight the fire. 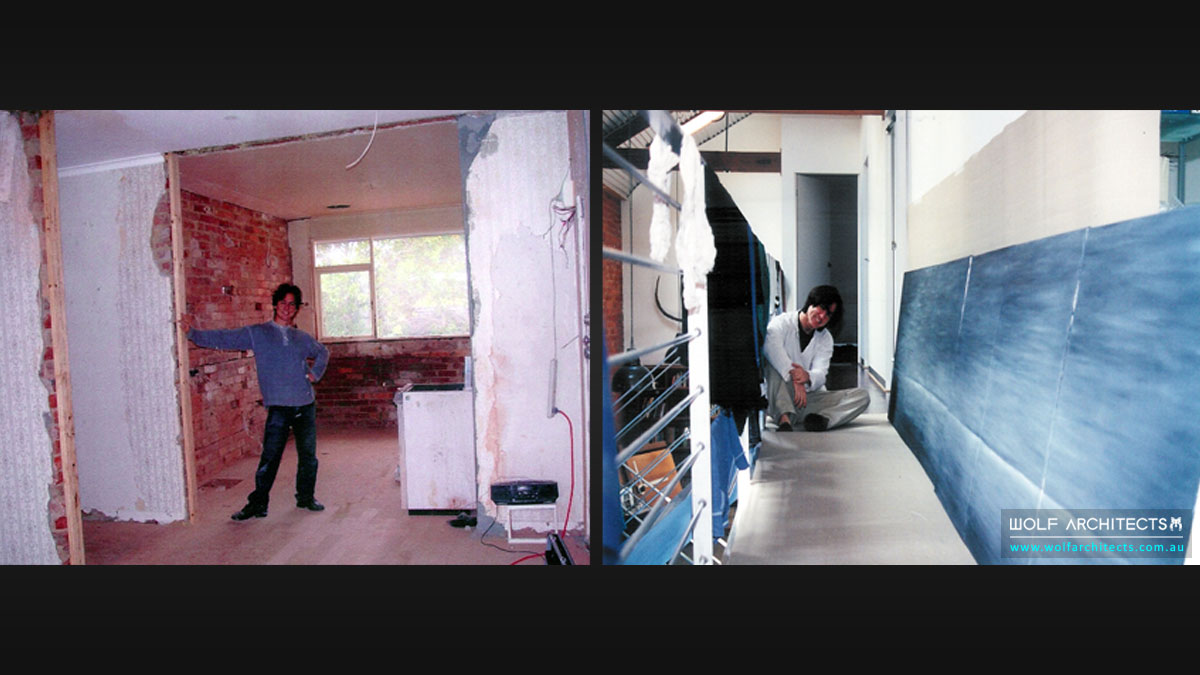 On the left is Taras during the period of property renovation. On the right is Taras the artist, at the time he was selling his own artworks for a living.