Earlier this year Mr Wolf’s passion for classic cars reached full circle as he featured in the January issue of the official Mercedes-Benz Classic Magazine.  The eight page spread features a number of intriguing photographs of his car collection and his impressive home. Designed by Taras Wolf himself, the family home captures his passion for his cars and such provides an environment where he can appreciate their beauty and share it with his family and friends.

The article talks about Mr Wolf’s love for Mercedes-Benz vehicles and the history behind the passion and his collection. To read about his collection from his very first 1976 280 SLC  to his much adored Pagoda and everything in between be sure to read the full article below. 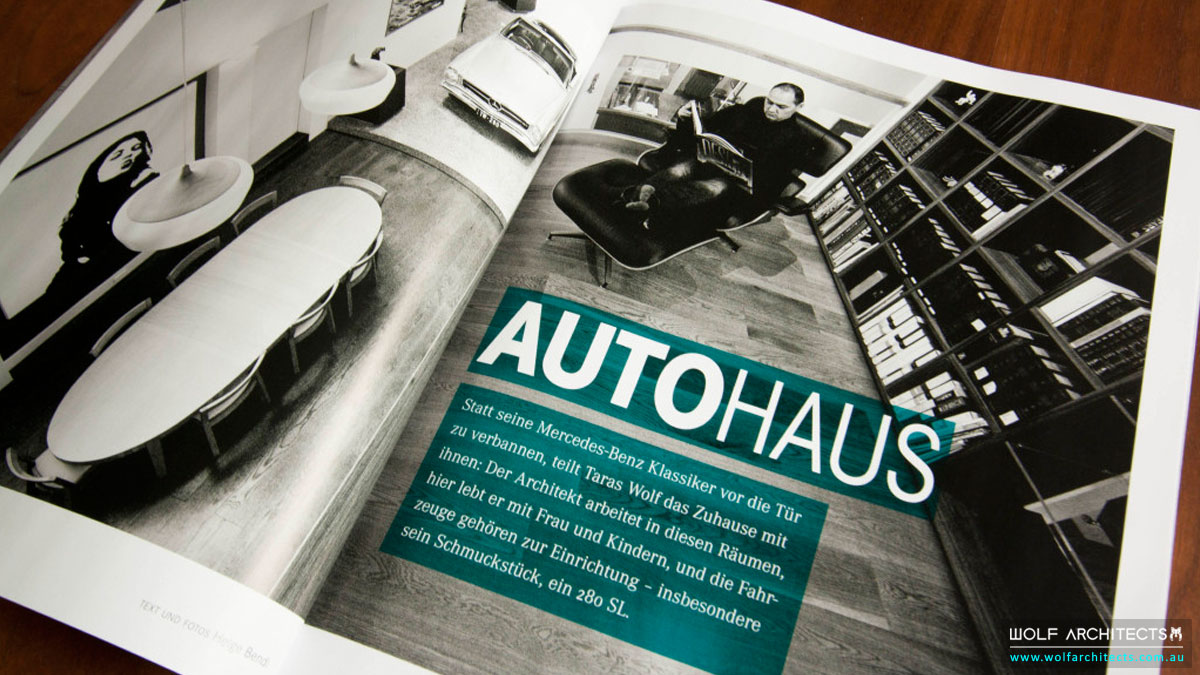