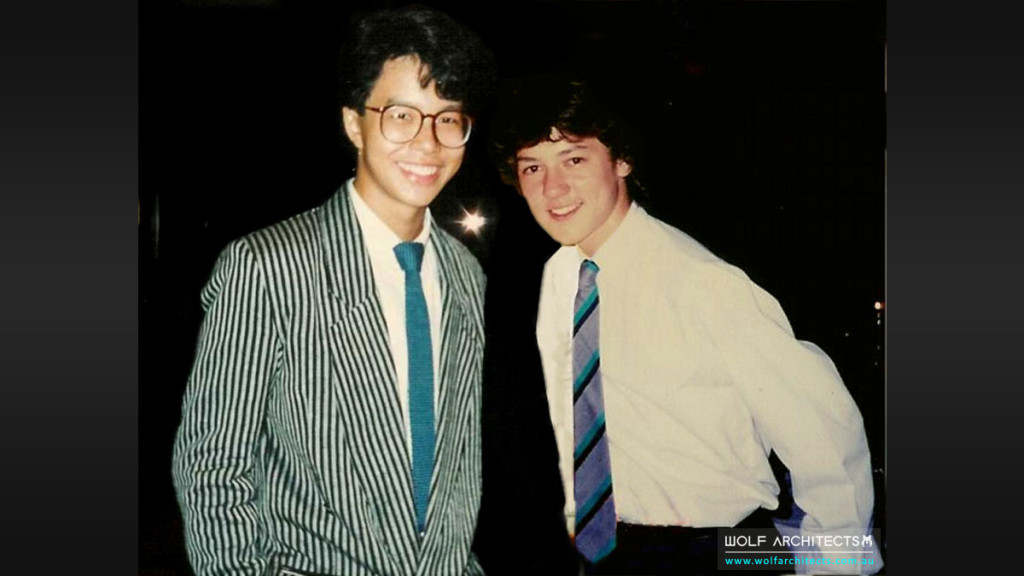 At the young age of 13 Taras was sent boarding school at the United World College in Singapore. During his school years at UWC he met his rival and inspiration Michael Liu. Taras and Michael shared many classes together but it was in CDT class where they really took notice of each other. Consisting of craft, design and technology Taras considered this the start of his formal training to becoming an Architect and was determined to do and be the best. With each project he dedicated himself to being more innovative than the last, however, no matter how great his work was there was always another student who was better. Michael Liu was in a league of his own when it came to design, his work was extremely well thought through and the craftsmanship was well above the other students, Taras included.

Michael’s impressive work and design thinking really inspired Taras. He worked hard in his CDT class in an attempt to steal back the lime light, Michael being well aware of this embraced the competition and together they pushed each other to better themselves with every project.

Today, many years on the two still keep in touch despite the distance as Michael resides in Vancouver. Often they discuss business ventures and naturally share their brilliant design ideas together. Excitingly, we are looking forward to the much anticipated WOLF LIU Architects venture servicing North America, which will extend our range to three continents world wide. Much like the vision of UWC Singapore, WOLF Architects provide an uplifting and multicultural environment encouraging unity. We aim to promote our brand and visions as we continue to expand on an international scale.

Stay tuned for more information on our Canadian collaboration!