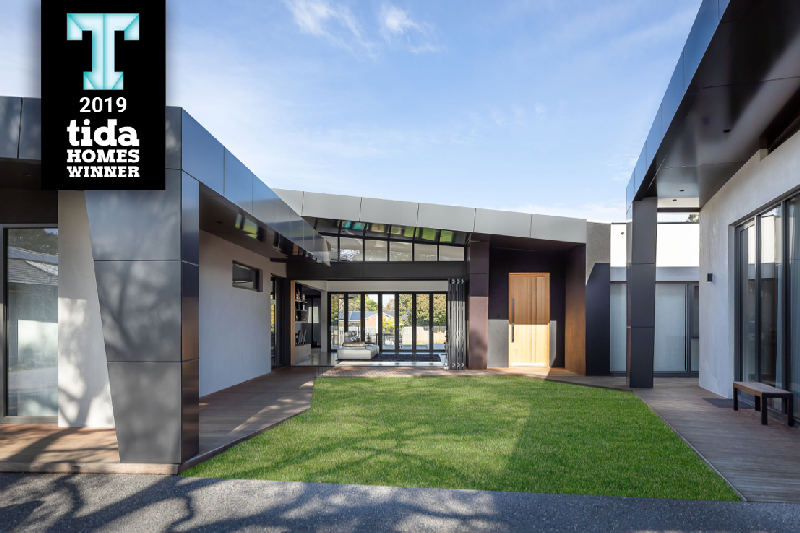 This architectural home with its over-arching roof forms and see-through heart is the result of a comprehensive renovation and extension – hard to believe, seeing it now, that the reinvented residence had its origins in the 1970s.

The greenest house is one that’s already built is a saying that is appropriate for this compressive renovation by architect Taras Wolf. However, utilizing the good bones of the home was only half the story.

“The owners’ existing 1979s-built home had become too small for their growing family despite already having made some renovations along the way, including to the existing kitchen. Plus they needed a home office,” says Wolf. “However, it was decided to renovate rather than start anew – thereby utilising the earlier work. Our full renovation started small but grew and grew as more ambitious ideas emerged – the budget was fairly open.”

The final renovation meant tweaking and improving the existing bedrooms, kitchen and dining area on the left hand side of the home and transforming the master suite on the right hand side. Plus a new living room with connected piano room takes centre stage, and a large brand new wing was added front right for the studio and garage.

Looking at the plans for the stretched central living volume, and given the large front and back yards, architect and owners decided to give the home a see-through quality y having large bifold doors at the front and rear of the living room space.

“The family had also found the 2.4m ceilings too low in the existing part of the home, so we wanted high celiings in the rebuilt lounge and master suite area and for the studio/garage wing,” says Wolf. However, a tricky aspect of the new design was how we treated the roof on the existing home and on the new wing. Often an addition is tucked away to the rear and quite modest. Here, the wing extension is seen right from the front path, so it required close thinking as to how to assimilate the new into the existing. Plus the retained part of the existing home had an awkward Pizza Hut-look roof.

An over-arching pitch roof proved to be the solution to marry the old and new. This arrangement has one roof wrapped over the top of the other – a little like the Sydney Opera House. 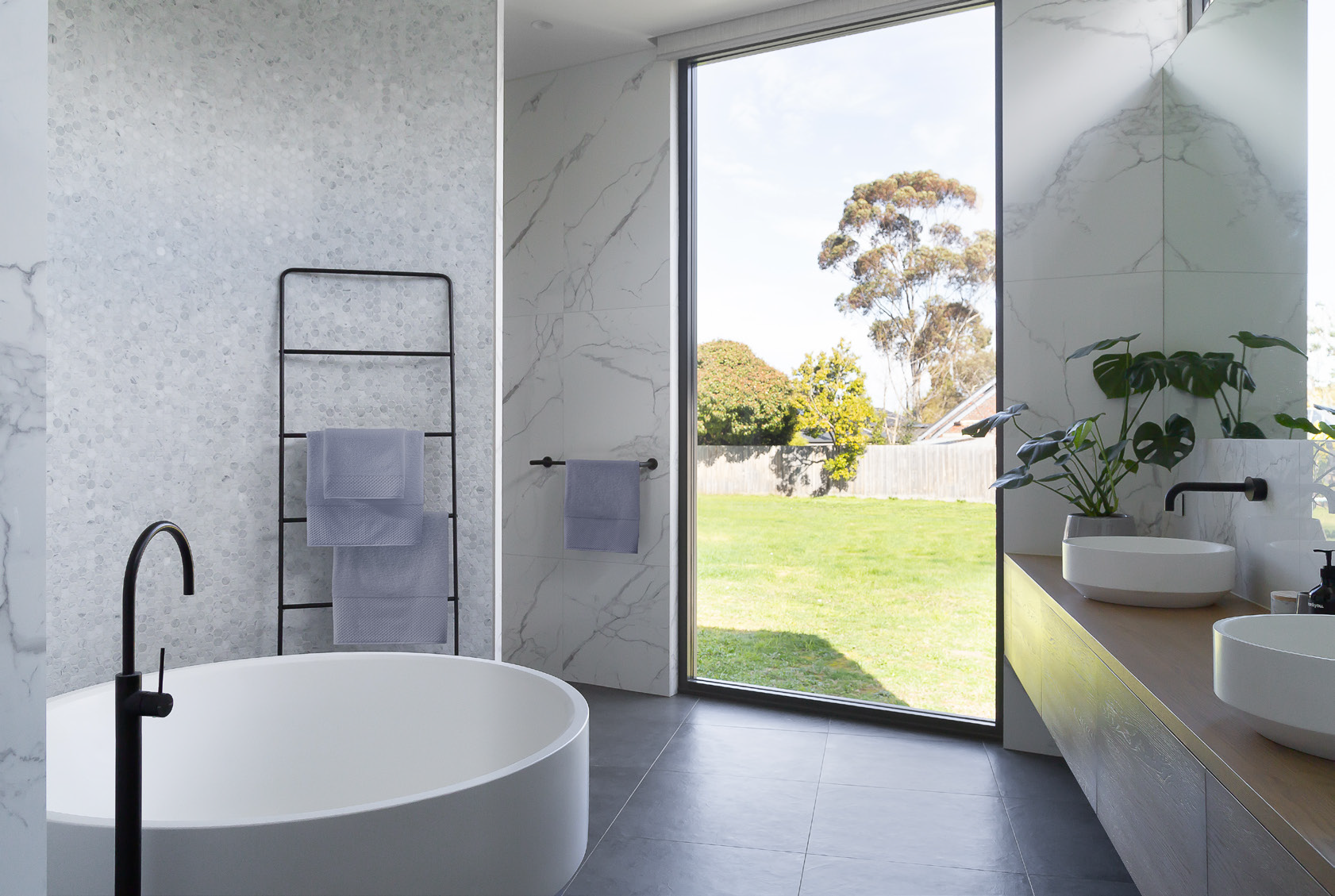 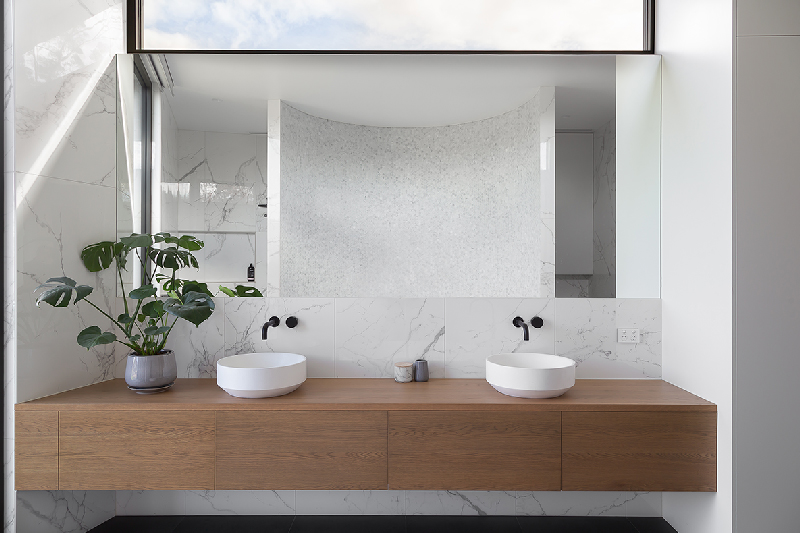 “In our firm, there’s a saying we use often – Intelligent Design Management. This means that no matter how striking or singular and element it has to perform more than one key function.”

The new angled roof line – seen on the existing and new parts of the home, and on the studio/garage – blurs the line between old and new. This is in term sof both style and scale – the size of he new studio-garage wing being as substantial as the house itself. In addition, the tapered columns that appear as extensions of the roof forms double as pedestrian arches, which lead through to the new front door, set deeper into the reworked footprint.

Another important consideration was the sequence for construction. “The garage and studio were built first to allow the owners to live on-site while the following stages of construction proceeded,” says Wolf. “With the studio built, the open-plan living spaces were created, serving as a connective tissue between the existing building and new studio space.”

Lastly, the traditional brick veneer was updated to reflect the modern addition. “While the final result is almost like a new house, I’m not sure, that the result would have been better if we were given a brief to build a brand new house from the outset,” says the architect. “No doubt the design would have been somewhat different, but often having constraints and things to overcome actually makes for more interesting design.” 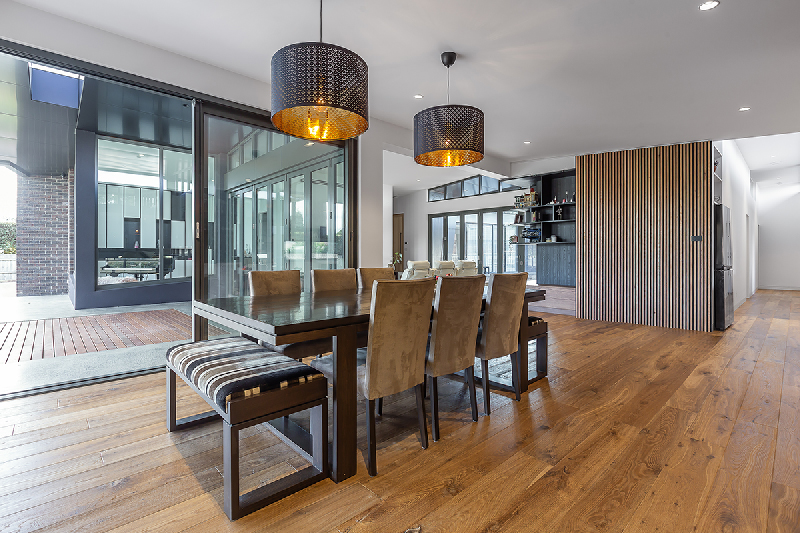 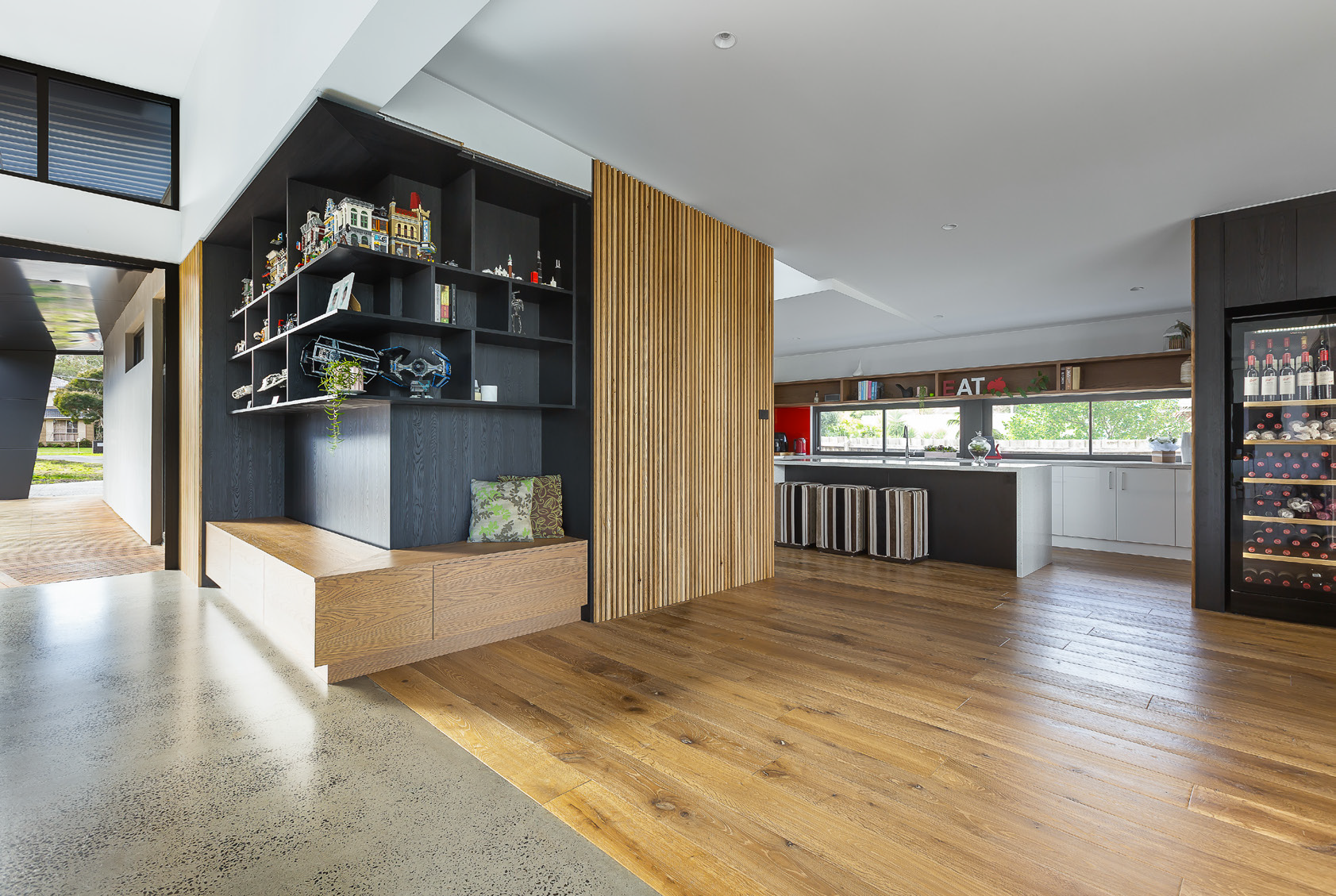